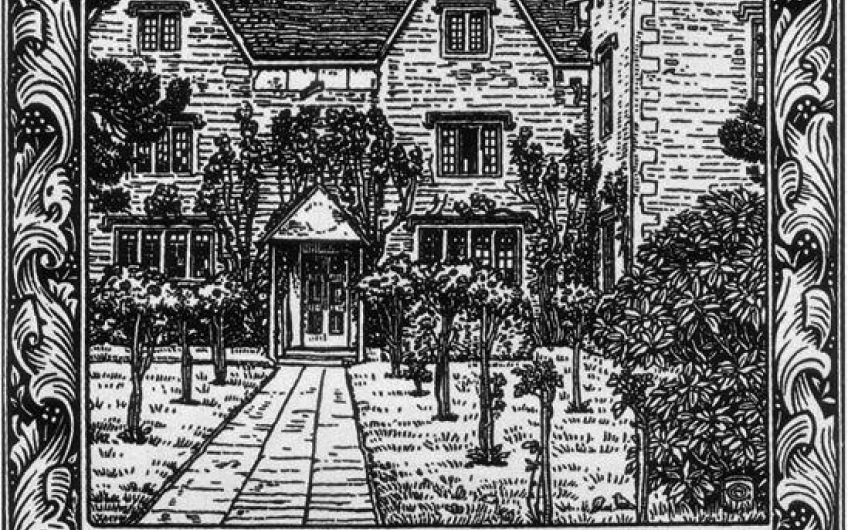 Kelmscott Manor depicted in the frontispiece to the 1893 Kelmscott Press edition of William Morris's News from Nowhere. Credit: Watson-Guptill, 2001
View Full Size
1
of 1

Candida Lycett Green visits the home of the Victorian icon near Lechlade, Gloucestershire

Kelmscott Manor is unsanitised. There is no huge brown sign with a doll’s-house logo heralding the house on the M4 motorway, nor is there any signpost indicating that a ‘heritage site’ is near at hand to ease the minds of helpless EC members. You have to find your own way to Kelmscott with a map or by asking how to get there in Lechlade.

The peaceful village lies across willowy meadowland on the Oxfordshire side of the upper Thames. Its straggling houses and cottages are built in the local pale-golden limestone, as is the ‘Manor’, an unassuming 16th-century farmhouse. It was built by the Turner family who farmed the surrounding land over the centuries, adding a wing in the 1670s. In 1871 they let it to William Morris and Dante Gabriel Rossetti.

As you wind down the narrow lane, past the Plough Inn, there are no car parks or toilet signs. The glorious gabled manor, glimpsed first above the secretive garden wall, does not flaunt itself. It doesn’t need to.

There is no shop full of nostalgically wrapped soap, good-taste tea-towels and scented drawer liners, but merely a solid oak table just inside the front door where you can buy several books on William Morris, six different postcards and a guide to Kelmscott. The latter is beautifully set out with a frontispiece from News from Nowhere (Kelmscott Press, 1892), drawn by Charles Gere. It is of the east front of Kelmscott and where we enter.

Although the inside of the house may not be exactly as it was in the 1870s when Morris the craftsmen, poet, manufacturer and socialist was designing the ‘Willow Bough’, writing The Haystack in the Floods, and watching his wife, Jane, falling in love with Rossetti, the atmosphere is still filled with these three pre-Raphaelites, their friends and generations of Turners before them . The furnishings are hand-woven, the furniture hand-hewn. The 16th-century part of the house is rambling and small-roomed and the 17th-century addition is more open and elegant with Renaissance fireplaces and Georgian panelling.

Everywhere you look there are paintings by Rossetti, tiles by William de Morgan, embroidered curtains by Jane, wallhangings by Morris and richly illuminated Kelmscott Press books. It does not feel in the least like a museum and when you look from a bedroom window to the River Thames meandering down from Lechlade towards Oxford, it isn’t hard to imagine William Morris seeing this house as he did for the first time, having arrived by boat: ‘Through the hawthorn sprays I could see the flat country spreading out far away under the sun of the calm evening, till something that might be called hills, with a look of sheep-pastures about them, bounded it with a soft blue line. Before me, the elm-boughs still hid most of what houses there might be in this river-side dwelling of men; but to the right of the cart- road a few grey buildings of the simplest kind showed here and there ... we crossed the road, and again, almost without my will, my hand raised the latch of a door, and we stood presently on a stone path which led up to the old house.’

It’s a hard place to leave, for it is one of the most peaceful houses I have ever been in, but you can always linger on the way back and look at the Ernest Gimson cottage built for May Morris, William’s daughter, in 1915, and the memorial cottages designed by Philip Webb for Mrs Morris in 1902. There is a stone relief on the front carved by George Jack from a sketch by his friend and partner Webb. The village hall was also designed by Ernest Gimson and is well worth a glance.

Last of all, call in at the church of St George, in whose graveyard, hidden behind a large bay tree, is the grave of William, Jane, Jenny and May Morris, marked by a coped stone which was also designed by Philip Webb.