What a picture! - Huon Mallalieu 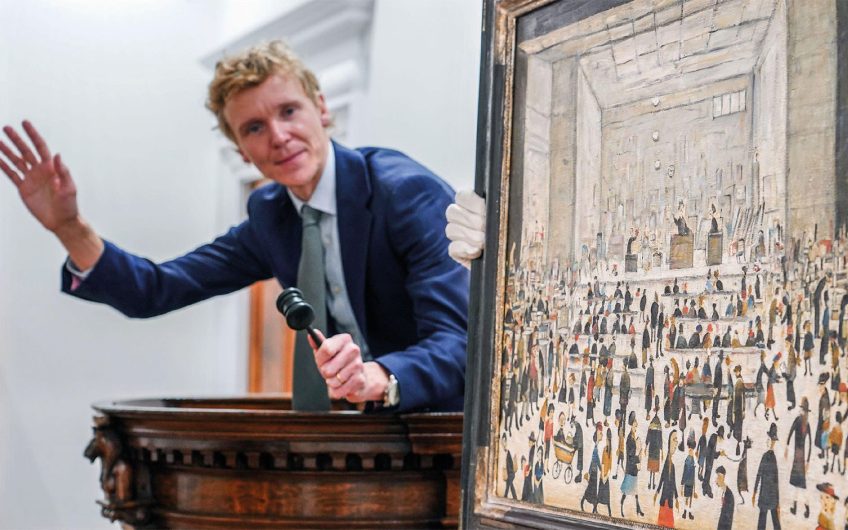 Want to buy or sell a painting but aren’t sure how to do it? The Oldie’s exhibitions correspondent, Huon Mallalieu, has the answer

How much time have you got? Picture-buying can take a minute – or a lifetime.

Nearly 40 years ago, I wrote a book on this subject. Not a great book but, when I look at it now, it seems rather better than I expected. One of the more sensible tips for a tyro buyer was ‘The first person to turn to for advice when you are offered a picture is yourself. If you like it so much that questions of exact authorship, subject, price, condition and provenance are irrelevant, then no more need be said; go ahead and buy it. If not, you owe it to yourself to find out as much as possible before parting with your money.’

There are almost as many reasons for buying any kind of art as there are buyers. Some need a painting for a particular space, others have a liking for a particular artist and still others more generally want to start a collection. Then there are those who think it might be an easy way to make money.

After 60 years in the art trade, my old friend Julian Hartnoll has just produced what he supposes might be his last two catalogues. In an introduction, he responds to the question a dealer is so frequently asked: ‘What should I buy?’ – shorthand for ‘Will it go up in price?’

Those who try to apply the methods of the stock market to making money from paintings rarely flourish. A small venture among the larger ways in which the late investor, asset-stripper and City deal-maker Jim Slater came unstuck in the mid-1970s was an attempt to create a market for the work of a Constable follower called F W Watts. He didn’t take into account that paintings are not identical like share certificates; they vary in quality. Few people have ever regretted paying as much as, or more than, they could afford for quality.

After that first painting, or work of art of any kind, people often want more, and become collectors. Then they are wise to educate themselves as much as possible.

The eye, like any muscle, needs training – so look at as much as possible.

In my art-world youth, there were weekly specialist and general auctions to be viewed at the main London houses, as well as around the country. It was an invaluable way of acquiring an eye for quality. We junior cataloguers had a further benefit, since we also saw all the things that had been rejected, and so learned to compare good with bad.

Similarly, anyone wishing to begin a collection of works on paper should spend time looking and comparing in museum print rooms.

Saleroom columns in newspapers are rare now, and generally concern themselves only with sensational prices rather than with analysis. But, for a working knowledge of the market, the Antiques Trade Gazette is reliable, as is the Art Newspaper, although that is strongest in top-level contemporary coverage.

At the same time, get to know the dealers and learn from them – don’t be afraid to ask questions. It is in their interest to encourage you to come back when you know what you want. Once they know your taste and reliability, they may give you early sight of new stock. If you wish, they will also act for you.

Auctions have changed over the last few decades. Even in Bond Street and St James’s, it used to be fairly easy for newcomers to walk in and bid. Despite urban mythology, no one was likely to find that they had been bidding unawares.

Then came the buyers’ premium, followed by VAT on it – now combining to perhaps 30 per cent of the hammer price – and the requirement for bidders to register and have paddle numbers. On top of that may be artists’ resale rights: royalties to living or recently deceased artists.

Sotheby’s now charge what they call an ‘overhead premium’, payable by all buyers in salerooms or online, charged at one per cent of the hammer price. This is ‘an allocation of the overhead costs relating to our facilities, property-handling and other administrative expenses’.

Over the past two years online auctions have become much more common, and catalogues are disappearing at the grander establishments, to the impoverishment not just of the market but also of scholarship. However, online auctions have also become much more efficient and bidder-friendly. Some show the backs of pictures, as well as the fronts, since there may be history there including important provenance.

If you’re bidding without actually viewing, it is vital to be careful about such things as size.

Currently in Britain, sellers mostly pay between 10 and 15 per cent commission on individual lots worth under £60,000. Above this, commission is a percentage of the final hammer price, sliding from two to eight per cent up to £3m, at which point the commission is officially ‘as agreed’.

The Christie’s riposte to the ‘overhead premium’ at Sotheby’s is a new levy on vendors: two per cent of the hammer price on lots that match or exceed their high estimate.

‘The purpose is to incentivise and reward high performance that exceeds consignors’ expectations,’ says Christie’s head of communications, but this is disingenuous. The auctioneer’s own conditions of sale define an estimate as ‘the price range within which we believe a lot may sell’.

I am embarrassed by a recent omission in my advice to a friend. I saw something online in a dealer’s annual cut-price sale from stock I thought the inexperienced picture-buyer would like and should have.

He looked, liked and called the dealer. He didn’t want to spend money without seeing the real thing – so he said he would drop in to the gallery a week later.

When I next saw him, he was cross because by the time he got there it had been sold. My fault, really, as I hadn’t thought to tell him to have it reserved. That doesn’t commit you but, without it, the dealer will be quite justified in accepting another offer.

Nowadays I generally advise would-be buyers and sellers both to try a good dealer in preference to auction.

The grander auctioneers are interested in little beyond the most expensive contemporary art, headline Old Masters and luxury goods. Second-rank salerooms offer a wider service and, with the internet, their reach is as wide, but they have pruned away much expertise at lower levels.

Contrary to popular belief, dealers may be the cheaper option. They may also know more, since they have to put their own money where their mouths are. Obviously there will be exceptions, and dealers need to make money, but it is much more in their interest to cultivate you than to rip you off.