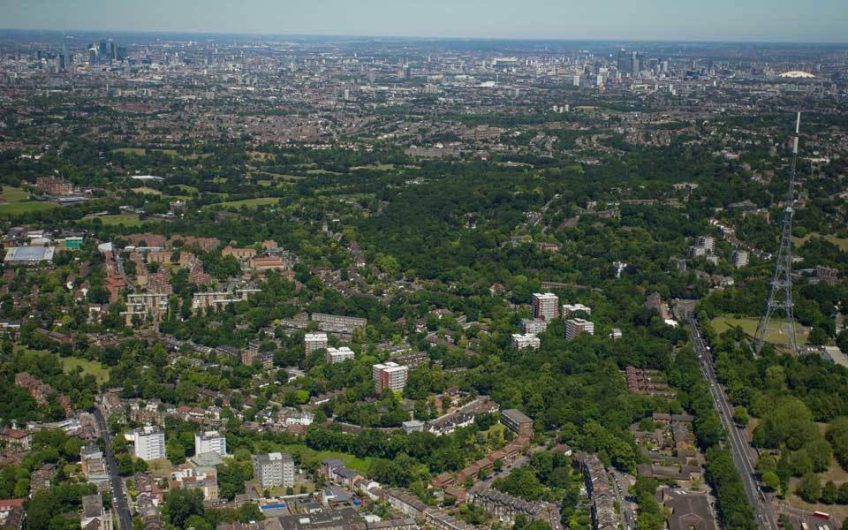 “I think that by retaining one’s childhood love of such things as trees, fishes, butterflies and toads, one makes a peaceful and decent future a little more probable." I was reminded of George Orwell's delightful enconium Some Notes On The Common Toad when I attended today's celebration at London's City Hall of London's new status as a National Park City.

The idea was dreamed up six years ago by a fiercely-bearded geographer called Daniel Raven-Ellison. Having wandered about all of the UK's National Parks, he speculated that there might be no reason why a city should not be given similar status in order to make it, as he said today, "greener, healthier, wilder; improving mental health; cleaning our air; making the city richer in wildlife; freeing children to play and meet friends outdoors again; tackling the climate crisis and bringing more joy to the city."

With a genuinely impressive respect for democratic process, Raven-Ellison chose not to go down the route of bringing London's commuter traffic to a halt by doing Downward Dogs in the middle of Waterloo Bridge. What he did do was to spend the next six years lobbying every one of the 33 London Boroughs to encourage them formally to support his notion of giving the capital National Park status, and today's celebration hosted by supporter Sadiq Kahn reflects the fact that 361 wards across 33 boroughs have agreed with him.

What does it mean? Well, that's a little opaque still. London's National Park City designation does not have the same kind of legal authority that, say, Dartmoor's National Park status has. Raven-Ellison and his colleagues won't have any say on planning and thankfully will not be introducing another layer of dreaded bureaucracy to the capital.

Instead, they are set up as a charity with the obective of encouraging all nine million Londoners to, well, be a bit more Orwell. Plant some tubs. Dig up the crazy paving to grow veg. Join in with activities in the local park. By 2050, they hope that London will be more green than it is grey, and that by setting this example they can encourage all cities to wield the trowel sometimes rather than the smartphone.

It's impossible not to admire them and I'm quite sure that the author of 1984 would have applauded both their aims and their methods. It's a particularly British kind of movement: polite, inclusive and determined. In today's febrile political arena, we could do with a few more Raven-Ellisons, that's for sure.

More toads in the ponds, please.

Guilty Men: the Three Tory Big Beasts who brought Maggie down 30 years ago. By Norman Tebbit