What, no handkerchiefs? The Grand Old Man of Malaga and the Spanish Civil War 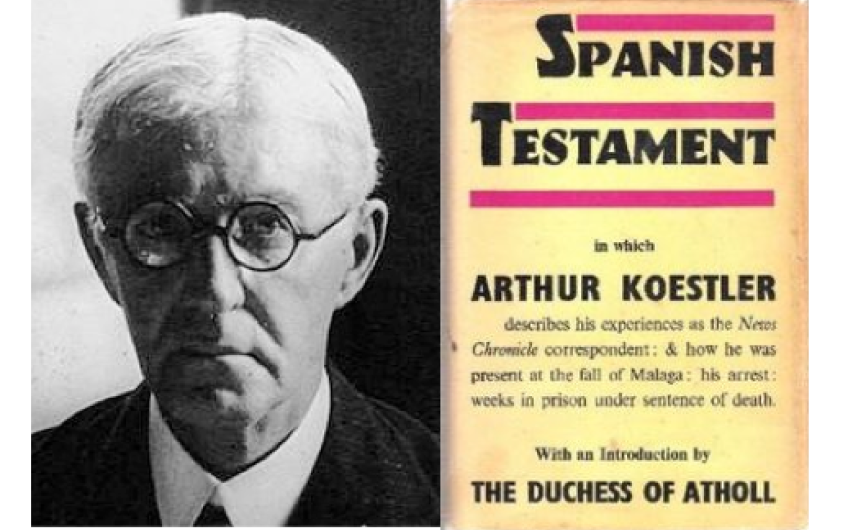 While researching my recent book on Spain, which I spoke about at the Oldie lunch on 9th May, I came across a remarkable oldie who got caught up in the Spanish Civil War in 1936.

Of Scots Presbyterian stock, Sir Peter Chalmers-Mitchell spent much of his working life as Secretary of the Zoological Society and was responsible for founding Whipsnade Zoo. Having retired aged 71, he took a house in Malaga where he went to spend ‘what I expected to be a peaceful old age’. But this was 1935, and the Civil War in Spain was only months away.

When hostilities began, Sir Peter sympathised with the Republican defenders of the city and was a familiar sight in the streets of Malaga, invariably wearing a white suit with waistcoat, bow tie and a fresh flower in his buttonhole. Most British residents left for home, but Sir Peter stayed on, writing two volumes of memoir and translating three novels by a Spanish author.

As the Nationalist troops approached Malaga in February 1937, a communist Hungarian journalist, Arthur Koestler, turned up and Sir Peter offered him shelter. Koestler called him the Grand Old Man of Malaga, whom he found ‘sitting at his writing desk in the light of an oil lamp, apparently oblivious to what is going on outside – a perfect Victorian idyll in the midst of the apocalyptic flood’.

The next morning, both were arrested. Koestler was sentenced to death and Sir Peter was taken to a hotel, where he paid a member of the staff to take a message to an American friend. That night, Sir Peter reported, he slept well despite two sentries pacing outside his door and following him to the lavatory. His only anxiety seemed to be that he had forgotten to bring any clean handkerchiefs with him.

But all was well. The American came to the hotel with the acting British consul and the captain of a Royal Navy destroyer which had arrived overnight. The manuscripts of Sir Peter’s books and his clothes, including handkerchiefs, were retrieved from his villa and he was taken by sea to Gibraltar and home. He continued an active life, standing as a candidate in a Scottish Universities by-election the following year, and died aged eighty in 1945. Koestler dedicated his book Spanish Testament to Sir Peter, who was indeed an oldie to be proud of.

I came, I saw, I conkered