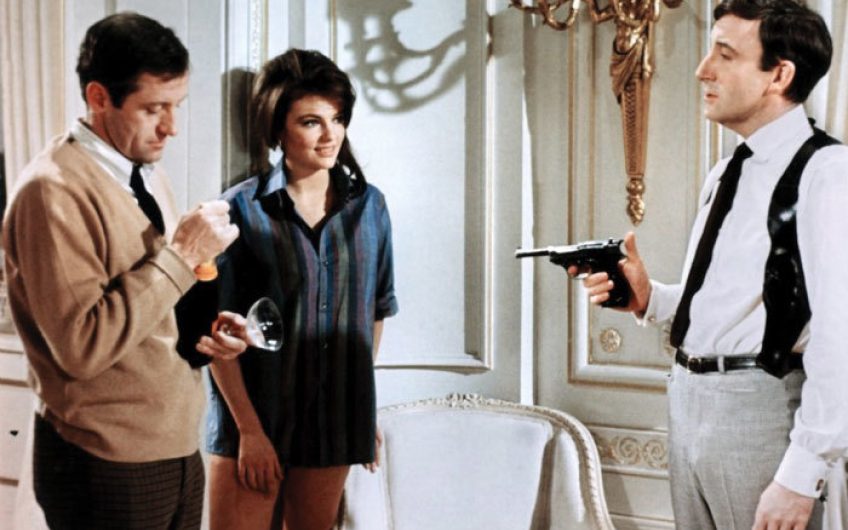 Glasgow-born Joe McGrath deserves a number of footnotes in the history of TV and film. He virtually created the comic personae of Peter Cook and Dudley Moore in their groundbreaking first TV series Not Only But Also, as well as allowing Michael Bentine to exploit his comic potential in It’s a Square World.

But the darkest and most colourful episode in his varied career occurred when his friend Peter Sellers insisted on him directing Casino Royale, the ill-fated 1967 James Bond spoof.

Over a jovial lunch at Boisdale, the Scottish restaurant in Belgravia, Joe disclosed that Casino Royale – described at the time as the most expensive flop in British cinema history – has now grossed more than $50 million. But amid the ballyhoo surrounding the 50th anniversary of the Bond films there’s been little trumpet-blowing over it, and Joe is not surprised.

Things first started to go wrong on Casino Royale when Princess Margaret accepted Sellers’s invitation to lunch on the set at Shepperton Studios.

McGrath and Charles Feldman – then the most powerful producer in the world – were invited, together with Orson Welles, Ursula Andress and Sellers. ‘When Margaret arrived, Peter pretended to be a herald announcing her: “My lords, ladies, and gentlemen, SHE has arrived – dat dada dada,”’ remembers Joe. ‘Princess Margaret came in and she did a curtsy to us all, and then we all bowed to her. Then she passed Peter by and said: “Hello, Orson, I haven’t seen you for days.” She sat between Peter and Orson and spent the whole time talking to Orson. That infuriated Peter.’

Although Peter had specifically requested that Welles play the villain in the film, he then refused to talk to him. ‘He was very insecure,’ said Joe. ‘Orson was quite a presence, but he was great fun and the crew loved him. Peter took exception to that. The Princess Margaret incident was the last straw.

‘The day after the famous lunch Peter told me he would refuse to appear in the same shot as Orson. “You’re Peter Sellers,” I said. “You’re a star.” “Yes, but he’s Orson Welles,” he replied. I reminded him that he’d asked for Orson, and said: “This is ridiculous. You can’t get paid this enormous amount of money, ask for Orson Welles, and then refuse to appear with him. You want us to do it all in reverses. If we do it that way that means you don’t need to be there when Orson is there and Orson doesn’t need to be there when you are there.” “Exactly,” he said. I said, “Aw, Christ, Peter you are behaving like a spoilt child.” Then he punched me in the face. So I hit him back. There was a stunt man on the set called Gerry Crampton. He was best man at one of Peter’s weddings. He came running across, holding us each by the scruff of the neck and said “I don’t know which one of you to hit. I love you both.”

‘Afterwards I met Peter Cook who said to me “I hear you and Sellers had a punch-up. You’re a great fan of Peter’s, you love his work.” I said I still did, regardless of the punch-up. “Yeah,” replied Cook, “I think this is the first instance ever of the fan hitting the shit.”’

When Sellers died suddenly at the age of 54 he was loathed by his fellow actors and by virtually all his directors and producers. The principal reason was his behaviour on the set of Casino Royale. He exacted an astounding fee for signing with Columbia Pictures to make the movie: one million dollars, a white Bentley and an unprecedented three per cent of the film’s gross takings.

The extravaganza of jumbo-sized tastelessness and prodigal wastage consumed five directors, cost producer Charles Feldman his life (he died of stress-related cancer three months after the shoot) and made a laughing stock of Sellers and his co-stars who included David Niven, Jean-Paul Belmondo and William Holden as well as Orson Welles and Ursula Andress. ‘It was a nightmare,’ said McGrath.

But less than a year after falling out with Sellers McGrath received a fulsome apology from him. In fact Joe has the distinction of being the only person Sellers ever apologised to – and he has the letter to prove it. But he won’t be publishing the letter in his forthcoming book, Peter, Orson and Me.

‘It was a was a death-bed promise,’ he explained. ‘Three months before he died Peter suffered a heart attack in Dublin. I was with him making a

commercial. As he was going into intensive care, he said: “Joe, do you remember after all that trouble with Casino Royale when I wrote you a letter of apology? I’ve never apologised to anybody in my life. Please promise me you’ll never print it.” I said OK, and I’m keeping my promise. I’m not printing it. But Peter didn’t say don’t tell people about it...’

For McGrath there was a glimmer of a silver lining on the Casino Royale cloud. ‘There was a sequence I shot with Peter and Ursula Andress through a fishtank,’ he says. ‘Burt Bacharach was doing the music and said he would do something with the sequence. Charlie Feldman said: “Take it out. It isn’t funny. I want Peter to be funny.” Burt wrote the song anyway, and it stayed in the film. It was “The Look of Love” which was nominated for an Academy Award. He sent me a case of Cristal champagne with a note saying “Thank you so much. I did manage to get a tune out of it.”’

The day Claus von Bülow made a pass at me