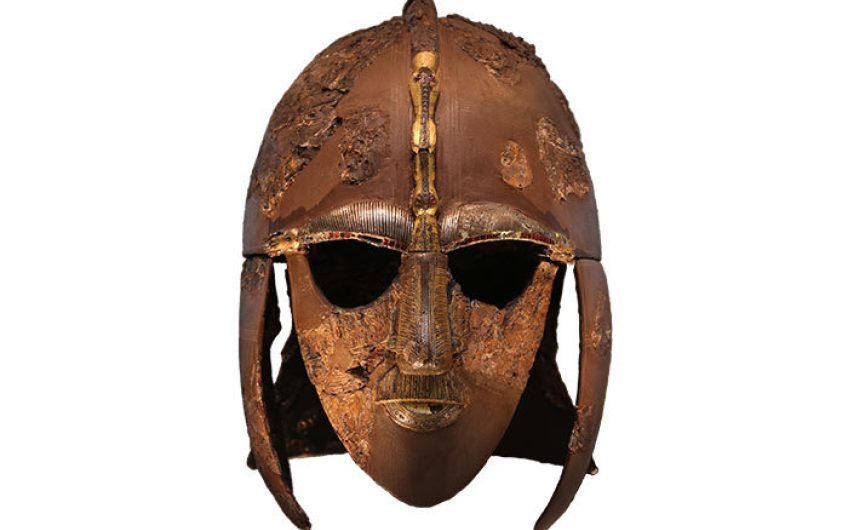 The Dig, starring Ralph Fiennes, has been nominated for outstanding British film at the BAFTAs. It tells the story of the finding of the Sutton Hoo ship in 1939. But who's buried there, asks David Horspool

Do you remember the game Humiliation?

In David Lodge’s novel Changing Places (1975), English academics outdo each other by revealing books they haven’t read and really should have. The winner hasn’t read Hamlet.

My entry for a historians’ equivalent would be the admission that I have never been to Sutton Hoo.

I had been hoping this month to make a long-overdue trip to Suffolk to see the barrows where the greatest archaeological discoveries of Anglo-Saxon artefacts ever made in the UK were dug up 80 years ago.

The National Trust owns the house and grounds that once belonged to Edith May Pretty, and they have given it a makeover. I was looking forward to seeing the results, including a 55-foot wooden viewing tower, of which there is a photo in the latest edition of the members’ magazine. In fact, the picture is a mock-up, and the Trust hopes to have the real tower finished by the end of the year – so perhaps it’s lucky that I haven’t made it there yet. I’ll see the real thing before I give a verdict.

My non-journey did make me wonder, however, how important it is for historians to walk the course. I’ve been interested in Sutton Hoo for a long time and, as well as reading quite a lot about it, I feel as if I have seen its most important features. Thanks to Edith Pretty, they’re nearly all in the British Museum.

She donated them, despite a coroner’s court’s finding that the discoveries were not ‘treasure trove’, because the people who buried them had no intention of going back for them. That meant that, rather than belonging to the Crown, they belonged to Mrs Pretty. She seems to have decided to give them to the nation almost immediately, and, after spending the war hidden away at Aldwych underground station, they were put on display at the Museum, where they have been ever since.

In the Museum’s Room 41, you can see the remains of a king (probably), the famous helmet (pictured) modelled on a Roman parade helm, the shield and the mysterious, ornamented whetstone, carved with the faces of unknown ancestors (maybe) and topped with a delicately antlered, copper-alloy stag.

Here too are the extraordinarily detailed clasps, buckle and lid, the product of almost unimaginably high standards of workmanship.

All these objects, and their arrangement in a great beached ship, convinced archaeologists that Sutton Hoo was the burial place of a seventh-century king, the most probable candidate being Raedwald of East Anglia, mentioned by Bede and the Anglo-Saxon Chronicle.

At the heart of this famous burial is an enigma, because no trace of a body has ever been found. It is possible that all vestiges of a human burial have disappeared naturally in the acidic soil over the centuries. That said, the rest of the site contains pretty grisly evidence – shadows in the soil known as ‘sandmen’ – of human remains and an execution site; even, perhaps, a sacrificial one (anthropologists will tell you there isn’t much of a difference anyway).

On the other hand, perhaps the ship burial at Sutton Hoo is a literal cenotaph, an empty tomb. Archaeological opinion has recently leaned away from that interpretation; there’s no way to be sure.

Treasure, mystery and a patchwork historical narrative to place the evidence alongside: could I really expect to gain any more from visiting the site overlooking the River Deben where these rituals were observed so long ago?

If I expected to make any brilliant historical breakthrough as a result, of course the answer is no. Sifting through the evidence already available is far more likely to do that, and in the case of Sutton Hoo even the best minds have been engaged in what one eminent Anglo-Saxonist called the ‘creation of new uncertainties’.

But there is an intangible benefit of walking in our forebears’ footsteps. It reminds us that these people lived and died in a place to which they were intimately connected. They are not their stuff, polished, pieced together and put in glass cases, however magnificent that stuff is.

Museums and organisations like the National Trust and English Heritage exist to preserve the relics of the past. But when that past is presented in situ, and especially if it’s done intelligently, not too obtrusively, it does something more.

It reminds us of, in the words of the great historian G M Trevelyan, the ‘quasi-miraculous fact that once on this earth, once, on this familiar spot of ground, walked other men and women, as actual as we are today, thinking their own thoughts, swayed by their own passions, but now all gone, one generation vanishing into another, gone as utterly as we ourselves shall shortly be gone, like ghosts at cockcrow’.

That is why I must go to Sutton Hoo.