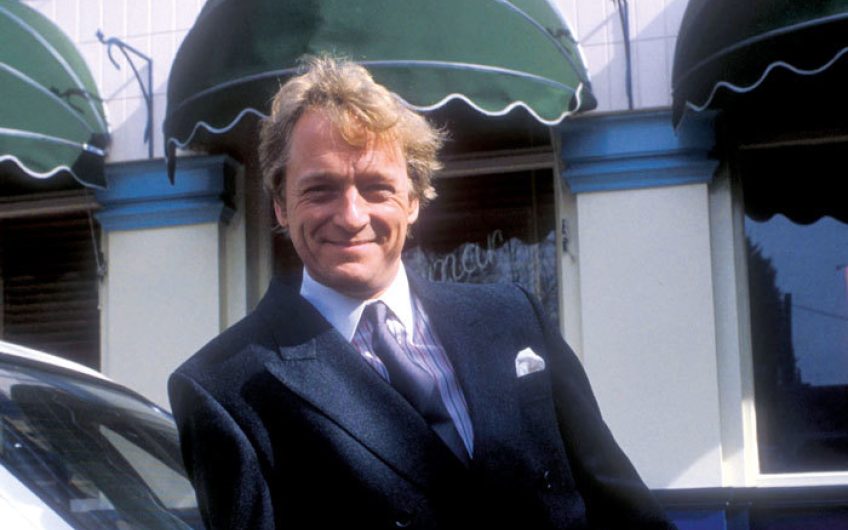 Rogue male: Willmott-Brown (William Boyde) outside the Dagmar in 1988
View Full Size
1
of 1

As June Brown, who played Dot Cotton, dies at 95, William Boyde, who played posh villain James Willmott-Brown, recalls his time on the show

It’s known as a ‘duff-duff’. That big moment at the end of EastEnders, the cliff-hanger where you get that theatrical drum beat – duff! duff! – and the credits roll. I got a few epic duff-duffs when I returned to the show after 26 years.

The first was when the audience are staggered to discover three of the characters are my children and that a shifty ne’er-do-well, Max Branning, is working for me. I suddenly walk into the room, looking suitably evil, and say, ‘Isn’t this lovely? All my children back together!’

And the credits roll... duff! duff!

The tweets the following morning were hysterical. One said, ‘Blimey, he hasn’t aged well.’ Another said, ‘Looks like his face has melted.’

Producers sometimes bring back old characters to create a news story and a ratings lift. I’d originally got the job playing the villainous brewery under-manager James Willmott-Brown in 1986. I was at the Gate Theatre in Dublin, doing The Mask Of Moriarty and spending most of my money on Guinness and Bushmills whiskey. My agent said EastEnders wanted someone with a posh accent to play a character with a double-barrelled name for one episode, the only toff on the square. And that turned into a contract for six months, and then three years. Willmott-Brown ended up in jail after inviting Kathy Beale, the barmaid in the Queen Vic, up to his room and raping her.

I was out of the programme – and I soon discovered some of its viewing audience found it hard to distinguish between fact and fiction. I was pushing my brand-new son in a little buggy across Clapham Common when an elderly woman, walking towards me with a dog in a wicker basket on wheels, shouted, ‘You raped Kathy! She’s a nice girl, she is! Look everybody – it’s that rapist that raped Kathy!’ I gently reminded her it was a television programme.

In one episode, Dirty Den got the mob to torch my boozer. The next day, I came back to my flat to find someone had lit a bonfire under my car, which I managed to put out.

A taxi driver told me he’d once picked up three guys who wanted to go to Albert Square and have a drink at the Dagmar, the bar my character ran in the show.

They insisted; so he dropped them off at one of London’s two Albert Squares and they went off looking for the fictitious pub.

I was called back to EastEnders briefly in 1992. Wilmott-Brown was out of jail but still obsessed with Kathy Beale. He ended up in the bathroom popping pills – another duff-duff!

I got a few parts on the strength of playing a high-profile posh bounder. I toured in Daphne du Maurier’s Rebecca, as the smooth, smarmy, horrible character Jack Favell, played in the movie by George Sanders, the ultimate smooth-voiced cad.

I now do a lot of voiceovers: radio and TV commercials, corporate videos, spoken books and documentary commentaries. I work three days a week as a workshop technician splicing ropes, swaging cables and building tree platforms for an assault course company. And I make English longbows – I’m a bowyer, a fletcher and stringfellow.

Last autumn, EastEnders called again. The producer had planned a Jacobean tragedy where I’d come to a sticky end. They needed to keep my return a secret so that no one could spill the beans and leak it to the press. My parts in the scripts were for a ‘Mr Echo’; also the name on my dressing-room door.

Soaps are hard work. It’s tougher learning lines when you’re older. I’ve got the greatest respect for soap actors, particularly Gillian Taylforth who plays Kathy – one of the best actresses I’ve ever worked with.

EastEnders is two hours of TV a week – a massive amount. You’re filming the day’s script and learning parts for up to two weeks ahead. It’s the TV equivalent of weekly repertory theatre, recalling that Anna Neagle line. When she dried, the prompter reminded her, and she said, ‘I know the line, dear. I just can’t remember what play we’re doing!’

I was back for two months, ending with two great duff-duffs. In one, I take a huge bunch of flowers to Kathy, and remind her I have liver cancer and that she’s been my secret obsession. For a moment, she looks like she’s about to kiss me. Instead, she grabs me downstairs and says, ‘I’m going to get the sharpest knife and cut it off and serve it you in a sandwich!’ – pretty ripe for pre-watershed! I stumble off and have a heart attack in my office.

In the second duff-duff, I’m in a hospital bed, tubes coming in at all angles, and my daughter rejects me, telling a nurse we’re not even related. I’m left dying in this hospital bed. duff! duff!

I’m not dead – so I could return. Not that you can’t come back even if you are dead – they just get another actor. In Dallas, Pam Ewing discovers the death of her husband, Bobby, was just a dream.

EastEnders might want me back some time. It’s an enormous amount of fun playing a really horrible person. I’d rather play the villain than have lines like ‘The element’s gone on the kettle!’

I hear the sound of condescension