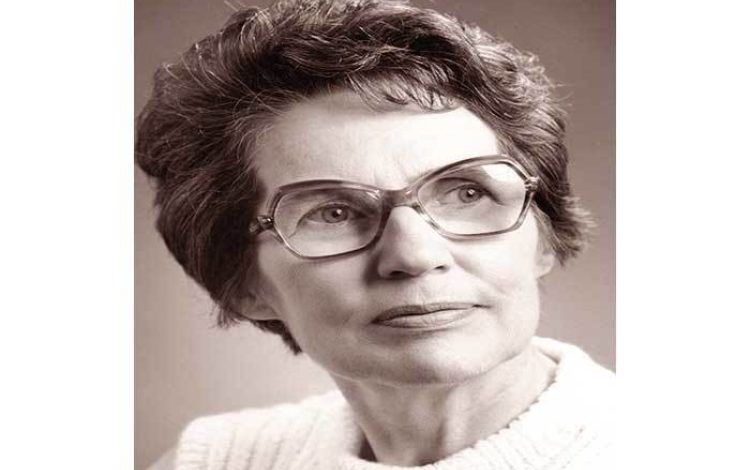 I first came across Celia Fremlin when I tapped ‘chars’ into the British library catalogue search and up came her 1940 book The Seven Chars of Chelsea – apparently the only book written in English that had ‘chars’ in the title. I was researching a book about domestic service and always on the lookout for long-forgotten accounts of the lives of footmen, odd men and housemaids. Chars, on the lowest rung of all domestic servants, were unmentioned by almost all memoirists or, if they were, it was usually as a voiceless drudge: ‘An anonymous, shapeless and unmemorable bundle of clothes attached to a mop or a scrub brush’ is how one woman recalled her charwoman.

When Fremlin, then a researcher for the newly established Mass Observation foundation, found employment in the mid-1930s as a charwoman, her middle-class friends thought it was an adventure into the interior of another world. ‘Do they really drink out of their saucers?’ asked an acquaintance. Though Seven Chars is rich in detail and often angry observation Fremlin didn’t seem to have made much effort to fit in, reporting, rather grandly, on ‘the vast incomparable silence of chardom’ that passed for conversation among her workmates during their lunch hour. We can only speculate how this Cambridge-educated doctor’s daughter was viewed by the women whose inner lives remained impervious to her scrutiny – surely they rumbled her early on?

Her experience of this working domestic world, its ordering and its maintenance, its central importance in the dramas of women’s lives, fired Fremlin’s imagination for the rest of her life. After the Second World War, she become a well-known thriller writer, almost all her novels centring round the home as the harbour of a particularly horrible, intimate, terror.

Fremlin’s disturbing 1958 novel The Hours before Dawn is rightly her most celebrated (it won the 1958 Edgar Allen Poe award). Trained in sharp social observation by her years working for MO, Fremlin captures the social dislocations of postwar Britain. Young housewife Louise is stranded alone in an uncomfortable house somewhere in the bleaker London suburbs with a baby who will not stop crying. In a state of perpetual exhaustion, she becomes suspicious of the lodger, Miss Brandon, a smart middle-aged spinster of apparently unimpeachable respectability. Who exactly is she? Why does she have so little luggage? Why does she pretend to be going out when in fact she is sitting alone in the darkness watching through the window the children playing in the garden? Louise’s husband Mark thinks she is suffering from delusions brought on by sleepless nights but the evidence stacks up to a terrifying (and genuinely surprising) denouement.

Louise is typical of a middle-class woman caught between the two social worlds divided by war. There is no suggestion that she might go out to work or indeed what work she might be educated to do. Fremlin lampoons Louise’s neighbour Muriel, whose ‘progressive’ ideas about child-rearing conveniently entail getting someone else to look after her children (as a favour, for Muriel too has no money) though the modern reader may find her refreshingly resourceful. It is Miss Brandon, although a decade older than Louise, who is the woman for a new age: a careerist, a woman working among men, a lecturer at some unnamed new university campus. But we learn she has paid a price for it.

Fremlin’s men tend to be low-calibre specimens. Louise’s husband, though not quite the villain of the piece, is a bore, drawn by Fremlin with contemptuous relish. He inches stolidly up the career ladder but is financially stretched to breaking; he is wont to tell Louise crossly that she must ‘do something’ about the baby crying as it disturbs the neighbours; and when he comes home at lunchtime, apparently to cheer her up, Louise must get up from a snatched rest to cook him the last egg.

This is a novel about intelligent, frustrated women in the impoverished disappointment of 1950s London. Louise and Miss Brandon are too old to look forward to the 1960s, too young to look back with complacency at the 1930s. Fremlin captures the uncertainty that might accompany the new freedoms, the struggle with narrow expectations, of lives that had to be trimmed to unforeseen circumstances. She is a laureate of dinginess, damp, blocked sinks and dodgy boilers; of things that don’t ever work properly, stuff that can never be got clean. When The Hours Before Dawn was adapted for American television in the 1960s, the action was disastrously transplanted to a sunny modern Mid-Western campus town and Louise became a Stepford housewife in a negligee. It was of course a complete flop – if ever there was a story that needed a brown layer of London smog this is it.

Celia Fremlin produced her last novel in the mid-1990s and died in 2009 aged 94. Over the years she had updated her fictions with her usual unsentimental take on the domestic landscape. In the 1960s, co-habiting students take the place of the genteel lodgers of the 1950s and the pot on the stove contains spaghetti rather than boiled beef. Health food shops, tabloids and serial killers make their appearances in sometimes lurid plotlines over the 70s and 80s. But The Hours before Dawn is Fremlin’s best novel – a masterpiece of suburban noir.

‘The Hours Before Dawn’ was republished by Faber in 2017

Inside the court of Lord Lebedev - Matthew Norman