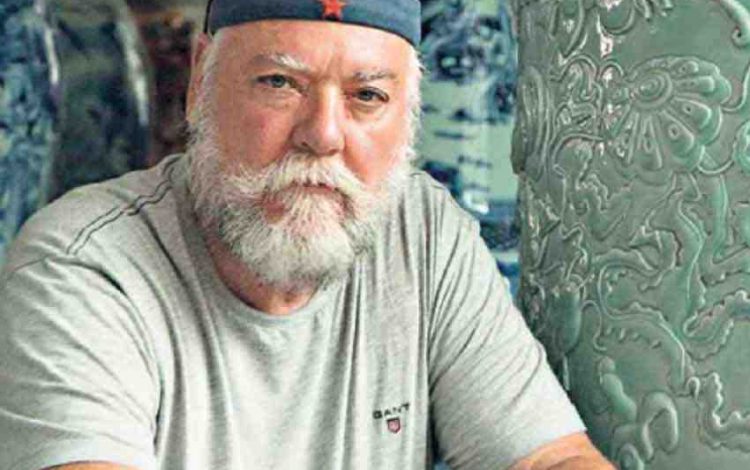 The genius puppet-master, 80 today, created the original Spitting Image – and now he's back for more

At 80, when he should be dozing by the fire with his eight grandchildren and four great-grandchildren, Roger Law has had the temerity to revive Spitting Image, 36 years after it began.

It was hard enough back then. I was in my early thirties, he in his early forties, and it nearly killed both of us. He certainly nearly killed me in the bar of the Holiday Inn in Birmingham when, in an argument over the miners’ strike, he threw a sofa at me. His energy is prodigious, his curiosity protean, and his capacity for work, like him, huger than life.

He is a pirate, a scallywag, a mentor, a wonderful friend and an inspiration for generations of artists. In the ’60s, he was at the cutting edge of journalism as a Sunday Times and Observer caricaturist. In the ’70s, he taught at Holborn College of Art while he and Peter Fluck dazzled the world with outrageous front covers of beautifully photographed plasticine models.

From 1984, he ran Spitting for 13 years and, afterwards, in his mid-fifties, he gave up alcohol, tobacco and work and went bumming round the world. Unless he is drawing, Roger can never sit still. So he got a job as artist in residence in Sydney, lived on Bondi Beach and learned to surf. That done, he spent ten years in and out of China creating exquisite – and often gigantic – ceramics with local craftsmen. Now Spitting Image once again.

He’s mad, incorrigible, a fabulous beast and a force of nature. And all this in the same dusty, blue fisherman’s smock.

My return to Poundland - AN Wilson

Who is Allan Shiach? John Lloyd