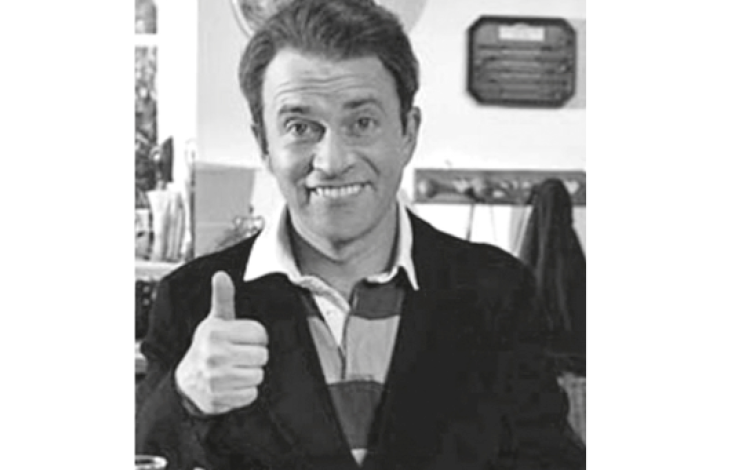 BARP! I hadn’t heard that screech for thirty years. It was the unmistakable sound of a whistle, used to attract ducks to water so they can be shot.

The last time I had heard it wasn’t at the side of a large lake, surrounded by bankers in tweed, but in a City shirt laundry service in Southwark, in the late 1980s. Joss, the whistle’s owner, drove the van; I collected and delivered the shirts back to the desks of far too busy men, whose roll call would never include us.

This time, I was filling up at a petrol station on the edge of Shaftesbury, Dorset. I didn’t have to turn round to discover the source of that spine-wobbling noise which had accompanied our dashes down Fenchurch Street.

Very few men blow a duck whistle away from water, and even fewer at a petrol station on a busy Saturday morning. Yet no one seemed to mind because unthreatening and kindly Joss was the blower. There he was in all his broad-grinned glory. How could I be too busy not to indulge in a five-minute ‘nit-nat’ with the last of an extinct species?

The ensuing thirty years had been kind to Joss’s gentle face, which had made an indelible impression during our five weeks together. He was very, very nice, but very, very dim. He and his ilk had been immortalised on telly as Tim Nice-But-Dim by Harry Enfield in the early 1990s. I read somewhere he was Ian Hislop and Nick Newman’s brainchild. Sick of the public-school stereotype of men who got on in the world, they knew there was a whole battalion of Tim N-B-Ds, who were safe in the back of taxis – mainly because they were destined to drive them.

At that time, shortly after the poll tax riots of 1990, it was a brave concept: few people had much time for Bertie Wooster’s second cousin, for whom no Big House lay in waiting. Yet the nation took to this goofy figure whose teeth were too big for his mouth. Tim, the natural prey of scams, was always clad in looped blue/burgundy ‘rugger’ shirts, under a Barbour or blazer, and was never apart from a pint nor its provider, the ‘Sloaney Pony’ (the White Horse in Fulham).

Unlike Old Etonians, he never mentioned where he went to school. That would have been bad manners since other chaps may not have been able to go. But his alma mater, King’s Bruton, was one of a number of schools founded in the 16th century which hadn’t been promoted by two centuries of sharp-elbowed parents. Back then, at £500 a term, it was just affordable for parents who knew only too well that their forgoing holidays for ten years was Tim’s best chance in life.

Joss had left London ‘pretty darn soon, after we met, Pembers. Couldn’t stick the place.’ The warm smile on his wife’s face, beaming from their ancient, muddy Volvo, confirmed he was happy. I was worried they didn’t make them like him now.

Yet, nestled in the back, there he was in all-white, teeth a few inches over the door. He was the very offspring of a David Attenborough nature programme.

‘Yes, bloody good at cricket – Under-Eleven Cricket Championship at Fontmell Magna – God knows where he gets that from!’

Beaten by the ‘bastards’