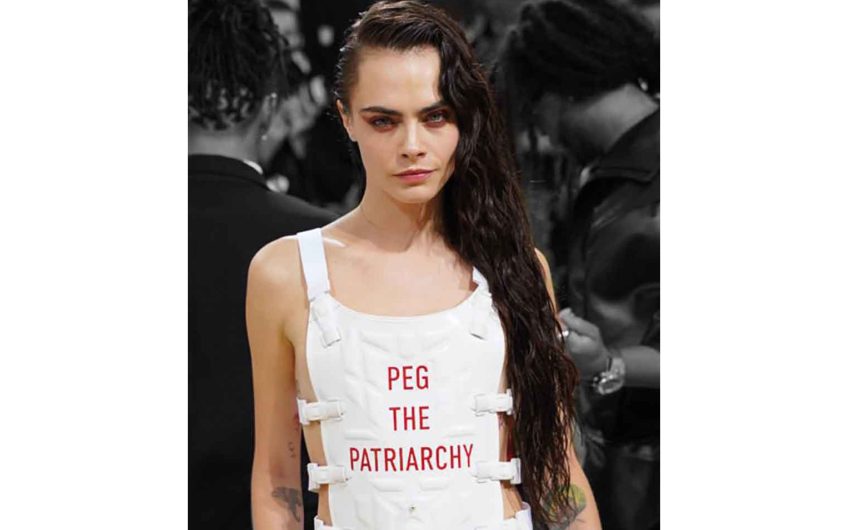 After Cara Delevingne's bold fashion statement called for viewers to ‘peg the patriarchy’, the radical sexual habit has invited a whirlwind of controversy. By Richard Godwin

TRIGGER WARNING! PLEASE DON’T READ THE FOLLOWING IF OF A SENSITIVE DISPOSITION…

Like many sexual terms, ‘to peg’ also has a metaphorical meaning, ‘to destroy’. This was the meaning model Cara Delevingne intended at the 2021 Met Gala in New York in September. She appeared in a bullet-proof Dior vest, emblazoned with the legend ‘PEG THE PATRIARCHY’. She explained to reporters that she hoped to ‘stick it to the man’ – and prompted a flurry of p-word Googling.

Patriarchy describes a social system in which men and male concepts hold sway, explicitly or implicitly, at home, at work, in politics – everywhere.

Once on the fringes of feminist thought, the patriarchy is now popularly understood to be the common thread between all manner of anti-woman phenomena, from anti-abortion laws in Texas to the Taliban to the cost of childcare to the #MeToo phenomenon. Hence the rallying cry ‘Smash the patriarchy’.

But no: Delevingne very definitely pointed to ‘PEG’ and said, ‘If anyone doesn’t know what this word is, you’re going to have to look it up because I’m not going to explain it.’

I've lost my trust in the National Trust - Lisa White