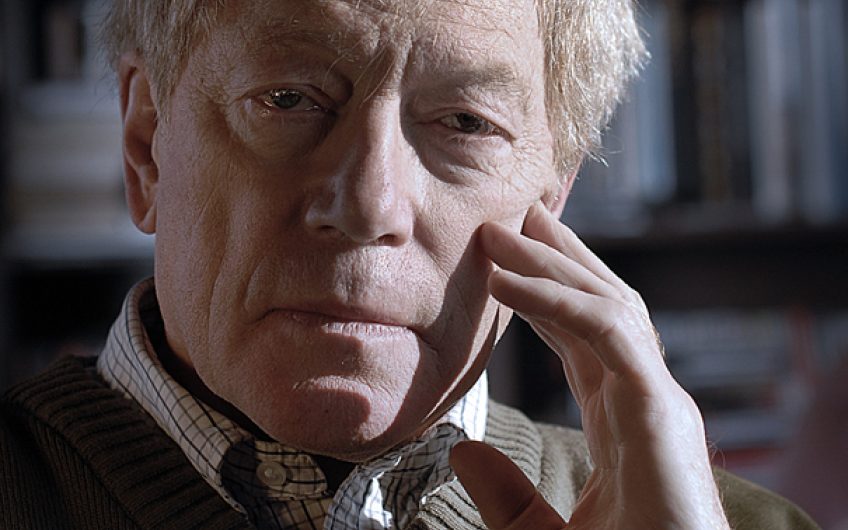 There was standing room only for all but the earliest arrivals, the number and variety of people being an eloquent testament to the breadth of Sir Roger's friendships and interests. The mourners were led by Sir Roger's widow Sophie, Lady Scruton, and their children, Sam and Lucy. Cabinet ministers past and present sat abreast diplomats, bishops, architects, musicians, lawyers, historians, academics and many of Sir Roger's neighbours from the county.

After the welcome by the Revd Oliver Ross, Sam Scruton read from John 1: 1-5 and 9-14. Following the opening prayer by the Revd Steve Wilkinson, the congregation sang the hymn Angel voices ever singing. Lucy Scruton and Professor Robert Grant read Hardy's poem The Darkling Thrush, with its moving final stanza: So little cause for carolings/Of such ecstatic sound/Was written on terrestrial things/Afar or nigh around,/That I could think there trembled through/His happy good-night air/Some blessed Hope, whereof he knew/And I was unaware.

Professor Grant's tribute, covering their forty years of friendship and encapsulating Sir Roger, brought a moment of levity to an otherwise sombre day. He told how Sir Roger became an expert in everything to which he turned his mind, illustrating this with two characteristic vignettes. In the first, while attending an auction of farm equipment they overheard a man say of an old tractor, "I don't think much of he!" which led, as Prof Grant said, "to a typically Scrutonian disquisition on the local dialect." On another occasion, Sir Roger was visiting Prof Grant at the coast and swam so far out to sea, he became a mere dot. When he returned, the party expressed surprised. "One must practise one's strokes," he explained, with that gloriously dry humour which was the treasure of his friends. "It had never occurred to the rest of us to practise swimming much after learning it," concluded Prof Grant.

Further music included a song by Janáček, Láska from Moravian Folk Poetry in Songs, and Schubert's Ave Maria. Hymns were Come down, O love divine, Psalm 23 and All creatures of our God and King. Samuel Hughes read from T. S. Eliot's Little Gidding. Dr Jane Briggs gave an Address as Vicar of All Saints, Garsdon, where Sir Roger was organist.

Fred Archer, the greatest – and saddest – jockey. By Graham Sharpe