I Once Met Oliver Reed 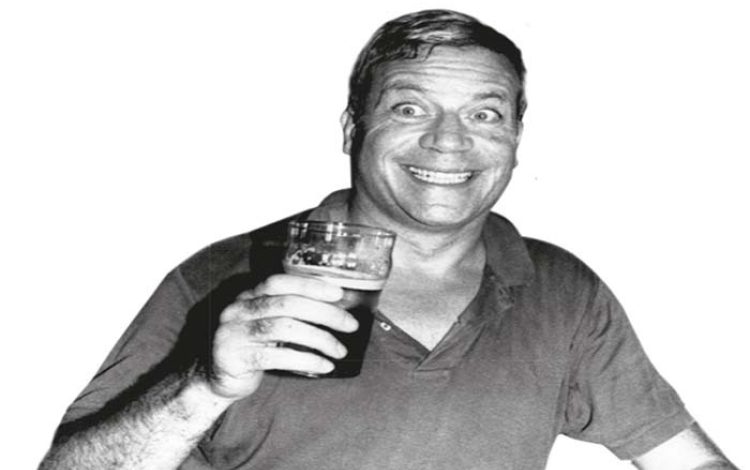 I first met Oliver Reed in 1971 on the beach of the Lido in Venice. He had just made The Devils. I had made Under Milk Wood. They were both being shown at the film festival there.

He was with a young lady. I suggested a speedboat to have a look at the city. Approaching the Grand Canal, she said, ‘I never knew Venice was on the water.’

‘Lots of people don’t,’ I said, not wishing to hurt her feelings.

The next time I met Oliver was in his Gothic mansion in Dorking. I wanted to make a film called Blue Blood. He liked the script and called me over to see him.

After too much wine and grass, we staggered to a pond, which he called a lake. Two men were fishing in it.

He had to challenge me. Downslope, he picked up a broken bough and threw it at me to catch. Then he found a dead branch. More fool him. I am a Highlander. I charged down and smote him to the ground. As he rose, I whacked his big stick again. Then he rose and clobbered me to earth. Then we both burst out laughing.

We shot Blue Blood (1973) in three weeks at Longleat. I slept in the Marquess of Bath’s ornamental Kama Sutra bedroom. I managed not to impale myself on the phallic prongs sticking out from the walls.

My last jaunt with Oliver was in Athens, trying to make a film called Rider, with him and Orson Welles and Oja Kodar, Welles’s partner. After a week’s shooting, the stock markets collapsed, the producer fled, and I was stranded between two of the largest men on Earth.

We sat for fourteen hours in the Gerofinikas restaurant in Syntagma Square. Orson sat on three chairs, Oliver sat on two, and I was squeezed on one chair like fishpaste between the two monsters. We consumed 22 bottles of red wine and two dishes of every course in the place. They mainly discussed whether to smash up their hotels or to kill me. But there was a reason not to do that. Somebody had to pay for the meal.

Oliver flicked my American Express card out of my top pocket.

‘And I will murder you,’ Orson said, ‘if you don’t pay my hotel bills and escort me and Oja from this abyss.’ So I did. Orson repaid me with the best advice ever.

‘You can solve all problems, Andrew, by six letters.’

‘What are they, awesome Orson?’

This was My Problem. I solved it for Orson and Oliver, and I saw to their exit. But I was broke – and Rider never made it to the screen.

The sad case of Jekyll and Hyde - Sophia Waugh