Napoleon's Plunder and the Theft of Veronese's Feast, by Cynthia Saltzman - Niall Hobhouse 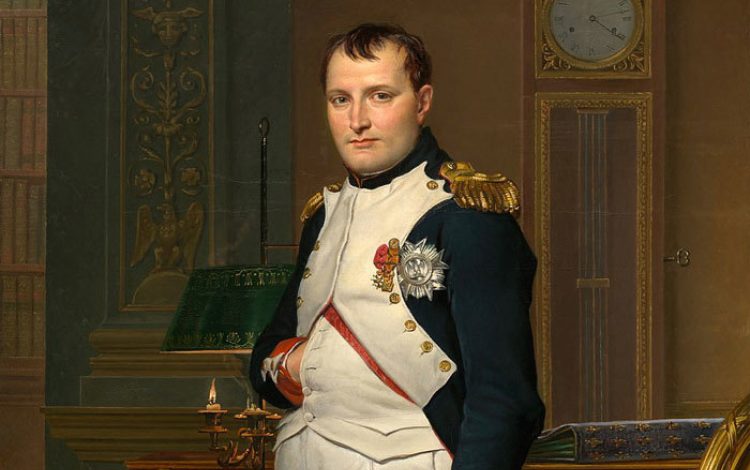 During France’s brief occupation of Venice, Veronese's The Wedding Feast was sixth on Napoleon’s commissioner, Claude Berthollet's list of 20 paintings and sculptures to be surrendered and transported to the Louvre.

Saltzman’s sharp eyes – for people, settings and dramatic scenery – draw us brilliantly across 250 years and most of continental Europe. Sometimes the focus slips, but that isn’t the point.

We start in Venice, at its cultural peak in the 1560s, with Titian finishing the great poesie for Philip II (the series of six were reunited last year at the National Gallery), and Tintoretto about to start the Crucifixion for the Scuola San Rocco.

The ambitious Paolo Veronese is commissioned to paint the vast Feast at Cana, as the sole decoration of the refectory of San Giorgio Maggiore, designed by Palladio and a prelude to his rebuilding, in white marble, the church itself. It was to be the second of Paolo’s four Cenas, the first in Venice, and was set to become his most talked about. That was partly because the monastery was where visiting grandees to the Republic had long been accommodated.

At all events, the scale and the subject of a New Testament feast offered maximum play for his virtuoso skills of composition and colour. A hundred and thirty figures, fashionably dressed and comfortingly secular, are spread on a canvas the width of the hall, extending its space far into the blue sky of the background. The scene itself is freeze-framed, at the instant the steward sees in his glass that water has become wine.

Saltzman excels in careful descriptions of contracts, pigments, canvases, stretchers and restoration techniques. The shrewd Abbot knew his man, and had specified little beyond Veronese’s personal engagement with the work, and the quality of the ultramarine he sourced to paint the sky.

It is no surprise that, in June 1797, during France’s brief occupation of Venice, the painting caught the eye of Claude Berthollet, the most efficient of Napoleon’s commissioners. The Wedding Feast was to appear as sixth on his list of 20 paintings and sculptures to be surrendered and transported to the Louvre. This was following a treaty signed in May, by which Venice also provided three million francs, two frigates and three ships of the line.

Saltzman reveals Napoleon’s cynicism towards the feckless Serenissima, which he had teased with offers of an alliance against the Austrians throughout the Italian campaign. He had secretly traded its independence to Austria even before he had control of it, in exchange for French mastery of the rest of northern Italy, Flanders and the west bank of the Rhine. It was suddenly clear to all Europe that money, ships and paintings were all that he had ever wanted from Venice.

After violent dismantlement, involving the demolition of walls and frames in the churches from which they came, the Venetian trophies, now including the Lions of Saint Mark’s, travelled for eight months by boat via Toulon, the Rhone and the Canal du Centre. They arrived, along with paintings from Milan, Ferrara and Rome, and the cream of the Vatican’s antiquities, in time for the opening of the Louvre and the great influx of foreign tourists after the Peace of Amiens. The Wedding Feast, rolled in transit, had needed two years of restoration, including a terrible, horizontal slicing of the canvas, before installation in the Salon Carré.

The painting still hangs in the Louvre, in front of the Mona Lisa. The story of how, almost alone among the Italian spoils, it was not returned, is Saltzman’s great set piece. We see events after the return of Louis XVIII through a gorgeous medley of sources: the correspondence and rivalries of the British – Castlereagh, Liverpool, Aberdeen, the Prince Regent; the ever-presence of Metternich; the machinations of Denon, Directeur du Louvre; and, wonderfully, through the eyes of Canova, sent by the Pope to recover the treasures from the Papal States.

On repatriation, it is Wellington himself who emerges as the sanest and most powerful voice. He publicly wrote to Castlereagh, saying that the seizures had been ‘contrary to the practices of civilised warfare’ and asking why ‘the powers of Europe … do injustice to their own subjects simply “to conciliate” the French’.

Saltzman is right that Wellington’s admirable strictures were the precursor of the Hague Conventions at the end of the century. Yet, less than a year after he wrote his letter, the British Museum acquired the Elgin Marbles. Just before the Conventions were finally signed, Britain harvested the Benin Bronzes with much the same imperial rhetoric as Napoleon used – and a good deal more bloodshed.

The Art of Darkness

Anne Robinson - One Party After Another: The Disruptive Life of Nigel Farage, by Michael Crick